DNR grants totaling $1,090,800 will be used to improve Indiana’s water bodies. The projects include locations in Fulton and surrounding counties.

The grants were awarded through the Lake and River Enhancement (LARE) program in the DNR Division of Fish & Wildlife. The grants will fund projects on three lakes and 19 rivers and streams in 18 counties. Projects will be completed within a two-year timeframe.

$36, 000 to Deeds Creek in Kosciusko County for feasibility study

$100, 000 to Walnut Creek in Kosciusko County for watershed land treatment

$32, 000 to Yellow Creek in Marshall County for stream design

The majority of the projects selected address sediment and nutrient inputs into lakes and streams to improve Indiana water quality. Reduction of non-point pollution into Indiana waters helps to ensure continued viability for fish and wildlife as well as recreation opportunities.

Local sponsors apply for LARE assistance and commit to sharing a portion of the total project cost. LARE grants are funded through the LARE fee paid by boat owners annually when they register their boats with the Bureau of Motor Vehicles.

John was supposed to perform his "Farewell Yellow Brick Road" tour at Bankers Life Fieldhouse in March, but it was postponed because of the coronavirus pandemic. Now, it's been rescheduled for April 1, 2022.

The tour actually began in September 2018, and was supposed to last through 2021 before he retired from touring after more than 50 years on the road. Instead, retirement for the well-known artist will come a little later than normally planned.

Elton John is one of the top-selling solo artists of all time, with more than 50 Top 40 hits, including "Rocket Man," "Tiny Dancer," "Bennie and the Jets," "Goodbye Yellow Brick Road," "I'm Still Standing," "Candle in the Wind," and "Don't Go Breaking My Heart." He's sold more than 300 million records worldwide.

For more info, or to purchase tickets, go to EltonJohn.com

The Indiana Debate Commission, the first independent debate commission of its kind in the United States, is now accepting questions from Hoosier voters who want to pose questions to Indiana’s three gubernatorial candidates who are on the November 3 ballot.

In keeping with its mission of “Putting Voters First,” the commission invites Hoosier voters to submit questions via its website www.indianadebatecommission.com using the form on the “Ask a Question” tab at the top right of the home page.

Questions will be vetted by members of the commission and accepted for consideration through October 15. Hoosiers whose questions are selected also may be offered the opportunity to ask their questions on pretaped video during each of the hour-long debates.

“We look forward to giving citizens this platform to voice their concerns,” said Commission President Elizabeth Bennion, who is a political science professor at Indiana University South Bend. “The debates offer the best opportunity for Hoosier voters to hear extended comments on the issues of the day directly from the candidates.”

Candidates have agreed to debate on Tuesday, October 20 and Tuesday, October 27. The debates will be broadcast from 7-8 p.m. EDT from WFYI-TV in Indianapolis and will also be livestreamed on the commission’s website and YouTube channel. Hoosiers can also check with their local news organizations to find out other ways to watch or listen.

While the commission normally hosts three debates in gubernatorial elections and hosts some events in public arenas, caution is being exercised during the pandemic and has changed some of the commission’s past practices. One long-standing, standard practice holds – candidates do not receive the questions in advance from the commission.

Since its founding in 2007, the Indiana Debate Commission has produced 21 statewide debates in U.S. Senate and gubernatorial elections – many of which were also broadcast nationally via C-SPAN. The commission, a nonprofit organization which hosted its first debates in 2008, is the only independent organization in the state that provides free broadcast satellite feeds and web streams to all news media – including college and high school press associations.

Moderators will be announced in the coming weeks.

The Caston Board of School Trustees held a public hearing for Caston's 2020- 2021 budget.

Douglass also discusses the positives of this year during the board meeting.

The American Red Cross needs volunteers, and is asking for more help from Indiana.

The approach of Hurricane Sally, as well as the effects of Hurricane Laura and the West Coast wildfires, have overwhelmed the organization. Red Cross Indiana Regional CEO Chad Priest told WISH-TV that the pandemic has only made things worse.

Red Cross volunteers that are deployed help provide food, shelter and support to those in need. In addition, they work with local officials to help first responders.

If you decide to sign up as a volunteer, Priest says, you will receive free, fast training to ensure quick deployment. There are virtual training options for those who feel uncomfortable gathering during the pandemic.

Volunteers must be at least 18 and have a valid driver’s license to volunteer. More information can be found at redcross.org.

Tom Mate has made a big impact on Kewanna since opening Luke’s Auction 21 years ago.

His decision to retire from the auction business in 2019 presented Michelle and David Young  with a new business opportunity and in June of 2020,  the Young’s became the official business owners of the auction house at 413 N East Street.

Now JuJu’s Gems and Rusty Gold, their flea market is open every Saturday and Sunday from 9am to 7pm and does auctions every Friday night in either Michigan City or Elkhart.

Tom Mate still remains Chairman of the Kewanna Fall Festival. Mate and his family started the festival in 2003, breathing life into the small town community.

The festival, which is held every year on the last weekend in September, attracts families from throughout the state with it’s free Circus, rides and a full on carnival atmosphere.

Due to Covid restrictions, the Kewanna Fall Festival for 2020 has been cancelled. In a previous public statement Mate said he and the committee are planning for an even bigger and better return in 2021, with promises of next year featuring speciality shows never seen in Fulton County before.

The Fulton County Community Foundation provided a grant of $16,325 to the Grass Creek Lions Club.

This grant will go to replace the roof on the Grass Creek Depot with a new metal roof, which typically has a lifespan of 40+ years. The historic depot was moved to its current location and restored in 1997 and serves as a community center and museum for Grass Creek.

For more information about Northern Indiana Community Foundation and the work that is being done on this project, call us at 574-224-3223 or email us at fulton@nicf.org.

State Road 17 will be closed between C.R. W 950 S and C.R. W 900 S beginning today.  This road closure is for a bridge rehabilitation project on the bridge over Grassy Creek.

The road is expected to reopen in early-November, 2020.

The road will be closed through late October for a small pipe replacement.

One recent Warrick County resident purchased a dog through a website and paid $900. The dog was going to be shipped to the buyer and required insurance and vaccinations, which was an additional $2,800. After the resident paid the additional funds, the company informed the buyer that the insurance was expired and they needed additional payment. The resident became suspicious, refused to send any additional payment and contacted Indiana State Police. The victim paid a total of $3,700 and never received a dog.

According to the Better Business Bureau data, nearly 10,000 scam reports and complaints have been received during the last three years about businesses selling puppies and dogs. The Federal Trade Commission estimates that only about 10% of victims report these crimes, so this number could be much higher.

Tips if you are interested in purchasing a dog online:

The Caston Board of School Trustees held a public work session on Wednesday to discuss the final review of the Caston School Corporation’s 2021 proposed budget prior to the public hearing scheduled for September 16.

The Capital Projects and bus replacement plans were also shared and discussed. 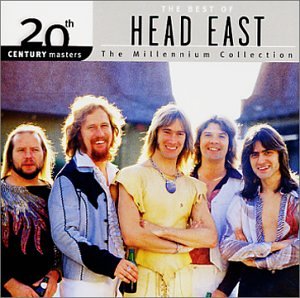