She was born on October 16th, 1944 in Allen Park, Michigan the daughter or Gordon Laatz and Kathleen Laatz. She married Thomas G. Gorton in June of 1963 in Detroit, Michigan.

Lois had worked as an Executive Secretary for Alexander Hamilton for ten years and had done specialty advertising sales. Her and her husband owned and operated Gorton House Bed and Breakfast for thirty years as well as acting as buiosness manager for Good News River Lodge in Alaska. She also worked a few years as Medicare Representative Surveyor and President of the Lewiston Chamber of Commerce and owned and operated Pine Tree Quilt Shoppe. Her hobbies include quilting, sewing, and cooking.

No services are scheduled at this time.

Online condolences may be expressed at www.zimmermanbrosfh.com

Vicki was born on February 5, 1955 in Rochester to Ralph E. and Peggy L. (Wagoner) Curtis.  She graduated from Akron High School in 1973 and furthered her education at Indiana University Purdue University, Fort Wayne.

Vicki and Richard Harrold joined their life together 43 years ago on May 21, 1977 at Beaver Dam United Methodist Church in Akron.  She and Richard shared a hope and faith in Jesus Christ, and this was the foundation on which they built their life.  They were blessed with the birth of a son, Jason who with his wife Tonia gave the couple their three beloved grandchildren who were the light of Vicki and Richard’s life.

Family traditions and her home were of great importance to her.  She cherished days spent with her grandchildren watching their soccer games, swimming in the pool and going on their home school field trips.  The family enjoyed many trips to attend tractor shows.  A walk through Vicki’s home reveals many of her passions.  She was a collector from Jason and Dick’s John Deere tractors and Indy 500 memorabilia, to Longaberger baskets and cherished antiques, which included many family pieces.

Vicki loved music of all kinds from sacred to rock and roll.  Even in high school, she was known as a wonderful soloist in the choir and in school musicals.  The love of music continued as she become active in the church again singing solos for all events and duets with Lori Miller.

The music for VBS and the Kings Kids program at Beaver Dam Church was another great love in her life.  She spent hours putting together music for the children that would be fun and inspiring as her desire was to have EVERY child know about Jesus and have music touch their hearts in a very special way.  She was also in charge of the music ministry for the church, selecting music for services and special occasions.

In addition to her love for music, Vicki loved children and taught Sunday school classes for many years.  Her desire to serve God in any way that she could led her to lead the UMW ladies in the annual “Apple Dumpling Day” at church.  She organized the project where they often made 700 apple dumplings.  Vicki was also well known for her yearly gifts of homemade Christmas rings to friends and family.  The production of which had involved every member of the family over the years, and was carried on by her family, in her honor during her hospital stay.

Vicki worked several years for many businesses and organizations:  Farmers State Bank, First United Methodist Church, Harris Drugs, Webbs Pharmacy, Tippecanoe Valley Middle School and Fulton County United Way.  From these associations she made many life-long friends.  Friends were valued by Vicki and she was always willing to do anything she could to come to their aid, until you were challenging her in a game of cards or a dance off to Chubby Checkers’ 1960’s song “The Twist”.  Then it was every man for themselves.

A public graveside service will be conducted at Nichols Cemetery, 950 South (off of State Road 19 N.), Akron, on January 16, 2021 at 2:00 p.m. officiated by Pastor Butch Troke of the Beaver Dam United Methodist Church.  There will be a celebration of life held at a late date.

Online condolences may be expressed at earllovefuneralhome.com

The staff of Earl-Love Funeral Home considers it a privilege and an honor to care for the family and friends of Vicki S. Harrold.

Frances Baxter, 93 of Rochester was welcomed joyously into Heaven when she passed away at 3:42 AM, Thursday, December 31, 2020 at Wynnfield Crossing.

On October 3, 1927, Frances Castleman was the first born of the Castleman girls. She was a cherished daughter of Vernon "Bill" and Gladys Garner Castleman. Growing up in the Burton neighborhood with her little sister Carolyn "Ginger," the girls attended Burton Elementary School. Fran graduated from Rochester High School in 1945. In pursuit of her dream to become a teacher she graduated from Manchester College with a bachelors degree in secondary education in 1949.

On August 14, 1949, Fran married the love of her life, Mr. E. Parke Baxter at the Burton Methodist Church. They enjoyed over 63 years of life's adventures. From their union came two wonderful children Doug and LeeAnn. The family tree continued to grow with the added blessings of 3 grandsons and 6 great-grandchildren.

Mrs. Baxter's teaching career spanned over three and a half decades and was initiated at the Richland Center High School. Her next teaching stint was at Columbia Elementary. At Rochester Middle School she taught science and typing and served as guidance counselor. Mrs. Baxter also coached 6th and 7th grade girls' basketball. She retired in 1987 and was honored with a lifetime pass to all Rochester Athletics.

Initially formed in 1975, Mrs. Baxter was the first sponsor of the RHS girls huddle for the Fellowship of Christian Athletes. Her memberships include Rochester Adult Chapter of the FCA and the Grace United Methodist Church. She was a 66-year member of the Beta Mu Chapter of Tri-Kappa. Fran and Parke were inducted as members of the RHS Athletic Hall of Fame in June of 2011 for their many years of financial support and encouragement to the RHS Athletic programs, which extended for many years beyond when their children and grandsons were participating. She also enjoyed many years of league bowling at Quick's Lanes. Most recently she was a Wii bowler at Wynnfield Crossing where she resided since October of 2016.

Fran and the Baxter Family have been great supporters of the Northern Indiana Community Foundation with the Baxter Inc, M & M Fund and most recently the Fulton County Cancer Fund Endowment Fund and the Baxter Pharmaceutical Scholarship Fund.

The "Patch," a special home away from home in the country, is a rustic locale that offered the family an opportunity to enjoy nature, wildlife and the changing seasons. Fran savored the time spent there with family making memories. She enjoyed the cabin, fishing on O'Blenis Lake, mushroom hunting and gator rides with Parke and the grandsons. Holidays were special there with Easter Egg Hunts and Christmas in the cabin. In later years the great-grandkids joined the memories with campfires, s'mores and feeding the birds.

Left to treasure Fran's memory are a daughter LeeAnn Pollock and husband Buddy of Rochester; a grandson, Dr. George E. "Chip" Pollock IV, Ph.D. and wife Amy of Colorado Springs, CO; 6 great-grandchildren: Imogen Pollock, George E. "Jory" Pollock V, Felix Pollock, and Calvin Pollock all of Colorado Springs, Austin Baxter and Eva Baxter of Edmond, OK; daughter-in-law Christina Baxter of Green Valley, AZ; Janet West of Rochester; and a nephew, Jeff Hunter and wife Kim of Rochester and their children Raeann and Caleb. Others who will miss Fran are her beloved caregivers and her Wynnfield family.

A remembrance gathering celebrating the life of Mrs. Frances "Fran" Baxter will be held during summer 2021, when family and friends will be able to share fellowship and memories safely. 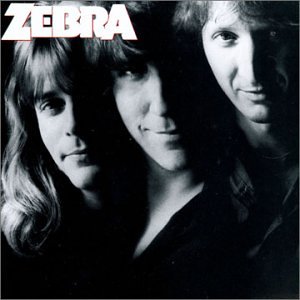