It's a first of it's kind. A double-header event with IndyCar and NASCAR sharing a venue in one weekend for the first time ever.  Couple that with the first-ever race on the road course at the Indianapolis Motor Speedway that will feature stock cars. The NASCAR Xfinity Series will run the Penzoil 150 on the road course on Saturday.

Xfinity Series regular Justin Allgaier, who has won on the IMS oval in the series, said it's big deal.

"To win the first one, of any event, is always a big deal. It's super important," Allgaier said. "I think a lot of the teams and a lot of the drivers put a lot of pressure on themselves to be able to do that."

"Indianapolis is Indianapolis," he added. "It just has a different atmosphere around it. The track has so much history and so much standing in world racing history. To go there and win the inaugural race would be super special."

Today, Xfinity car will turn laps in two practice sessions. Normally, NASCAR would not allow drivers and teams to practice because of the coronavirus pandemic. But, since this is the first time stock cars will run on the road course at IMS, NASCAR officials felt it warranted some practice time.

"If we're allowed to watch, I can't wait," said IndyCar driver Conor Daly. "I think it's going to be great. Those guys, I've been getting a lot of texts from different Xfinity guys about the track. I know it will be totally new for them. But I'm excited."

The weekend will be the second race of the season for the NTT IndyCar Series with he GMR Grand Prix, rescheduled from the month of May. It will be the first road course test in competition for the newly implemented aeroscreen. The series ran its first race with the aero screen at Texas almost a month ago.

"Texas was an eye-opener for a lot of us, I think," said Team Penske driver Simon Pagenaud. "We realized after the race there was a lot of improvement to be made, but not enough time to really think about what we could do on-site. Obviously, it's the same for the road course in Indy. We don't really know yet what's going to need change."

The GMR Grand Prix will be the first race to go on Saturday with the green flag dropping at Noon EDT. The Xfinity Series Penzoil 150 will follow at 3:00 p.m. EDT.

The Monster Energy NASCAR Cup Series will have the stage to itself on Sunday with the Big Machine Handsanitizer 400, more commonly known as the Brickyard 400.

"It is a great situation for all three series’ to be together and a huge step for racing," said Cup series driver and two-time Brickyard winner Kevin Harvick. "As you look at IndyCar and Xfinity and Cup cars all at the same venue because we are all racers. We all want to see racing be successful and I think this is definitely a great step for both series."

Harvick will start 11th on Sunday after NASCAR's blind draw to set the field since there will be no practice or qualifying. 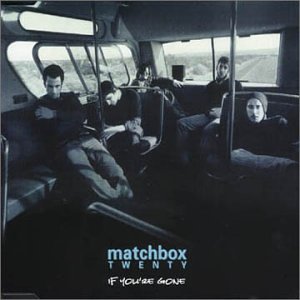