14 Purdue University students were suspended for violating the "Protect Purdue Pledge."  That's the school's policy that states students should not host or attend large gatherings during the coronavirus pandemic. If they do, they are subject to disciplinary action.

Katie Sermersheim, associate vice provost and dean of students, said the suspensions shortly after the administration found out the students were having a party in a residence hall Saturday, September 26.

13 of the 14 students are out-of-season student athletes. The students have until Wednesday to vacate their residence hall and may file an appeal.

“This virus continues to be the demise of many universities and academic pursuits,” she said. “The majority of our students are behaving admirably in following the Pledge and helping protect the Purdue community. For that, we are grateful, but we cannot let our guard down and must hold those who violate our community standards accountable,” said Sermersheim.

“On one hand, we are glad to have had only two of this type of incident in six weeks, but we will deal with any such violation with firmness. The fact that this episode involved student-athletes can make no difference. At Purdue, we have one set of rules for everyone,” said Daniels.

32 teams have entered this year’s state tournament and are spread across eight sectionals to be played on Saturday, Oct. 3. The eight teams that emerge as sectional champions will move on to one of two regionals on Saturday, Oct. 10 with the two remaining teams advancing to the state championship game on Saturday, Oct. 17 at the Grand Park Sports Event Center in Westfield.

Unified Flag Football, played on a 25-yard by 40-yard field, is five-on-five with three athletes and two unified partners to a side.

The father for former Bedford North Lawrence and Indiana University basketball star Damon Bailey was killed in a Monday accident in Brown County.  His mother was severely injured.

Information released by the Brown County Sheriff's Office isn't clear about how the Bailey's motorcycle was involved in the multi-vehicle crash:

On Monday, September 21, at approximately 2:47 p.m., deputies with the Brown County Sheriff’s Office were dispatched to the 3600 block of State Road 46 East in Nashville, Indiana, in reference to a motor vehicle accident involving multiple vehicles.

During the investigation, it was found that a 2005 Nissan Altima driven by Jacob Waltermire, was attempting to pass a tractor-trailer and noticed an oncoming motorcycle. Waltermire terminated the pass and got back behind the tractor-trailer before over-correcting and losing control. Waltermire’s vehicle crossed the center line and was struck by a 2012 Hyundai Elantra driven by Hana Cai. Cai was traveling behind the motorcycle and was unable to avoid the collision Waltermire.

It is unclear at this time how a 1990 Honda GL1500SE motorcycle, being driven by Wendell Bailey, was involved in the accident. Despite lifesaving efforts, W. Bailey, was pronounced deceased at the scene. W. Bailey’s passenger, Beverly Bailey, was flown to a nearby hospital via helicopter due to the extent of her injuries.

No other injuries were reported.

Waltermire was taken to Columbus Regional Health for a blood-draw; which is standard procedure in fatality crashes.

The accident is still under investigation.

A week after a season-opening loss left a bad taste in the mouth of the Indianapolis Colts, they bounced back with a win in their home opener at Lucas Oil Stadium Sunday.

The Colts knocked off the Minnesota Viking 28-11 on the heels of a hundred-yard rushing game by rookie running back Jonathan Taylor.

“I played twice here (Lucas Oil Stadium) in college. Finally getting a win in Lucas Oil, that feels good,” Taylor said. “It just felt good coming in here especially after last week, having that bad taste in my mouth, being able to come in in the home opener, and take care of business.”

Taylor, assuming the feature-back role with Marlon Mack out for the year, ended the day with 26 carries for 101 yards rushing along with a touchdown.

Veteran quarterback Philip Rivers threw for 214 yards, a touchdown, and an interception. That interception came as tight end Mo-Alie Cox dropped a pass which ended up in the hands of a Vikings defender.

“I kind of lost it,” Cox said of the dropped pass. “When I turned, I couldn’t really see it at first, and by the time I found it, it was already on me, and the defender just made a great play. Coming back from it – just flush it down the toilet. We moved the ball that drive, it was just a bad play.”

Cox responded by catching five subsequent passes for 111 yards. The Colts defense held a stout Vikings offense to just 80 yards on the ground and 151 yards through the air. The also picked off Vikings quarterback Kirk Cousins three times.

“We talked about it all week,” said defensive tackle DeForest Buckner, who had 1.5 sacks in the game. “On the front side we needed to set the edges and the backside needed to stay alive, close and that’s what we did all game.”

“I don’t know if you can play much better than we played defensively,” said Colts head coach Frank Reich. “Our defense kept the pressure on them. We stopped the run. We had turnovers. We made the statement we wanted to make defensively.”

The Colts have the New York Jets at home next Sunday.

Indianapolis Colts running back Marlon Mack is out for the season, according to NFL Network.

Mack left Sunday's game in the first half when he was injured on a play. Monday, an MRI confirmed Mack tore his Achilles and is done for the season.

The Colts lost to the Jaguars 27-20, and will host the Minnesota Vikings on Sunday at Lucas Oil Stadium in front of just 2,500 fans.

There are 600 tickets available for Rochester fans. Tickets will be sold in the RHS attendance office beginning Monday, September 14 at 7:45 am through Friday, September 18 at 12:00 pm. Tickets are $5.

Again, you WILL NOT be able to purchase a ticket at TVHS the night of the game. 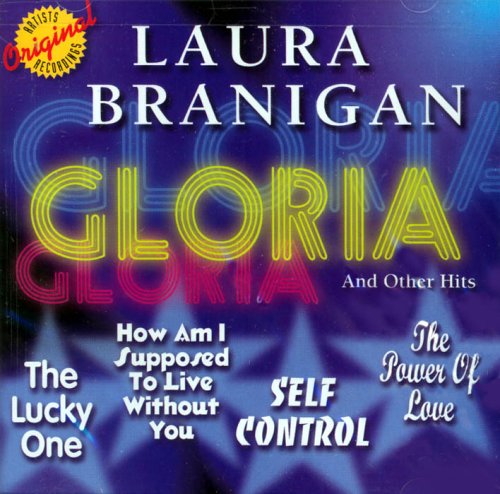